Today let's discuss something that many city dwellers take for granted and may not even really consider. Except to curse at if we miss one or if one gets in our way as we are travelling. We assume that they will always be there when needed but rarely stop to think about it. I'm talking about the transit system. 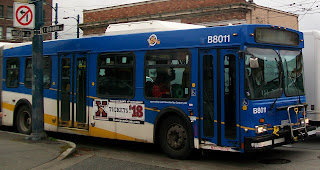 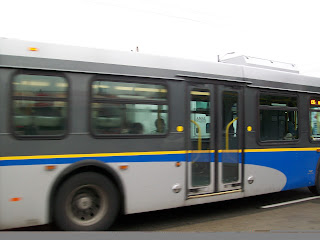 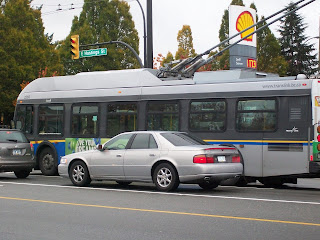 British Columbia Electric Railway Company lasted longer than its predeccosers. It ran from 1897 to 1962.

On March 19, 1923 BC Electric Railway Company president, George Kidd inaugurated the first motorbus line on Grandview Highway H The new route connected Broadway and Commercial with the Grandview area at 22 and Rupert. Two 23-passenger buses were bought from the White Motor Company and the bodies were built locally by G.W. Ribchester. These vehicles were hand cranked and had solid tires. The initial run was successful enough that more buses were ordered. 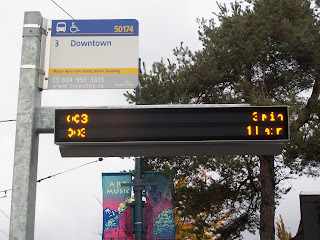 This sign at a bus stop lets the passengers know how long they have to wait for the next bus.

Greater Vancouver Transit System ran from 1983 to 1999 before being taken over by the present company Translink, The Regional Tansportation Network. Translink  is in charge of the Skytrain, Seabus, Albion Ferry, major roads and bridges, West Coast Express and the AirCare emission testing program for cars.

Quite a lot of ground they cover. There are other subsidiary companies operating under the umbrella. Like the Skytrain is operated by the British Columbia Rapid Transit Company. 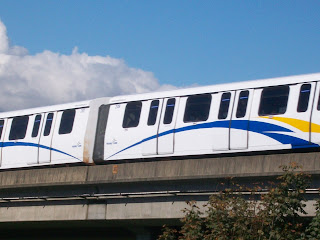 When I first moved back here from Calgary I found the Skytrain to be a pleasant change. The CTrain in Calgary runs on street level and has to make certain concessions for traffic. Here the commuter train is mostly above ground level.

Interesting fact. Up until mid 1933 the CPR's trains ran along the street level through downtown Vancouver and caused all sorts of problems. On July 16 a tunnel was opened. This elongated 's' curve underground pathway is 4,579 feet long and serviced the CPR for nearly fifty years. Now it is used by the Skytrain. The tunnel is about 18 to 24 metres below ground although at some places the tunnel comes a lot closer - six metres below the pavement. 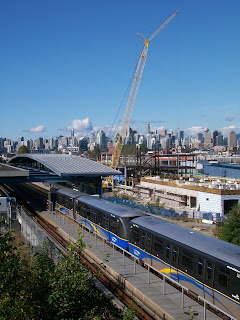 The Skytrain is also not operated by a driver but rather is an automated system. During the last days of the previous century we were hearing all sorts of doomday stories about how computers and such were going to go haywire at the stroke of midnight. I had visions of the Skytrain travelling the Skybridge over to Surry and suddenly veering off the rails and plunging into the icy waters of the Fraser River. Fortunately that never happened. Nor did any of the other dire predictions. 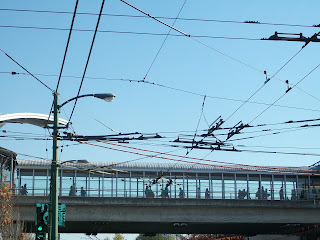 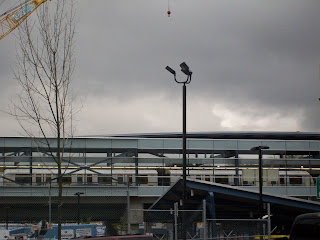 Some statistics for Translink I've found are:
832 buses through the Coast Mountain Bus Company
38 buses through the West Vancouver Municipal Transportation Department
244 trolleybuses
150 Skytrain cars
2 SeaBus ferries (2000)
Ridership in 2009 was 187,912,227.
(I don't know how current some of that info is. One data source was listed as 1999 but it gives an idea of the size of the transit system in Vancouver) 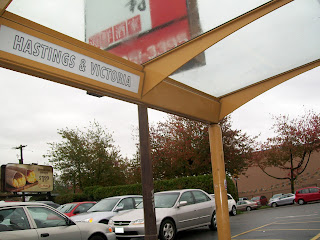 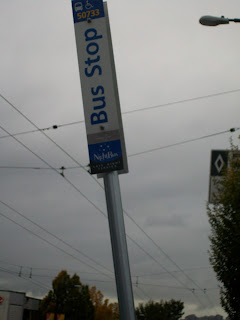 From bus stops to Skytrain Stations to Skybus terminals - transit is alive and well in Vancouver. And the system here spoils us because many places in other parts of North America don't have it so well. We may get annoyed if we have to wait for a bus or train or whatever but most routes run on a pretty good schedule. And when we think about how it must have been in the years past - at least now we don't have to turn a hand crank to get the bus going - we are very fortunate.

So maybe take a moment, whereever you may be, and give a nod to transit. Without them there would be more vehicles on the road, more accidents, more traffic congestion and more pollution. If you are fortunate enough to live in an area with transit then enjoy it. 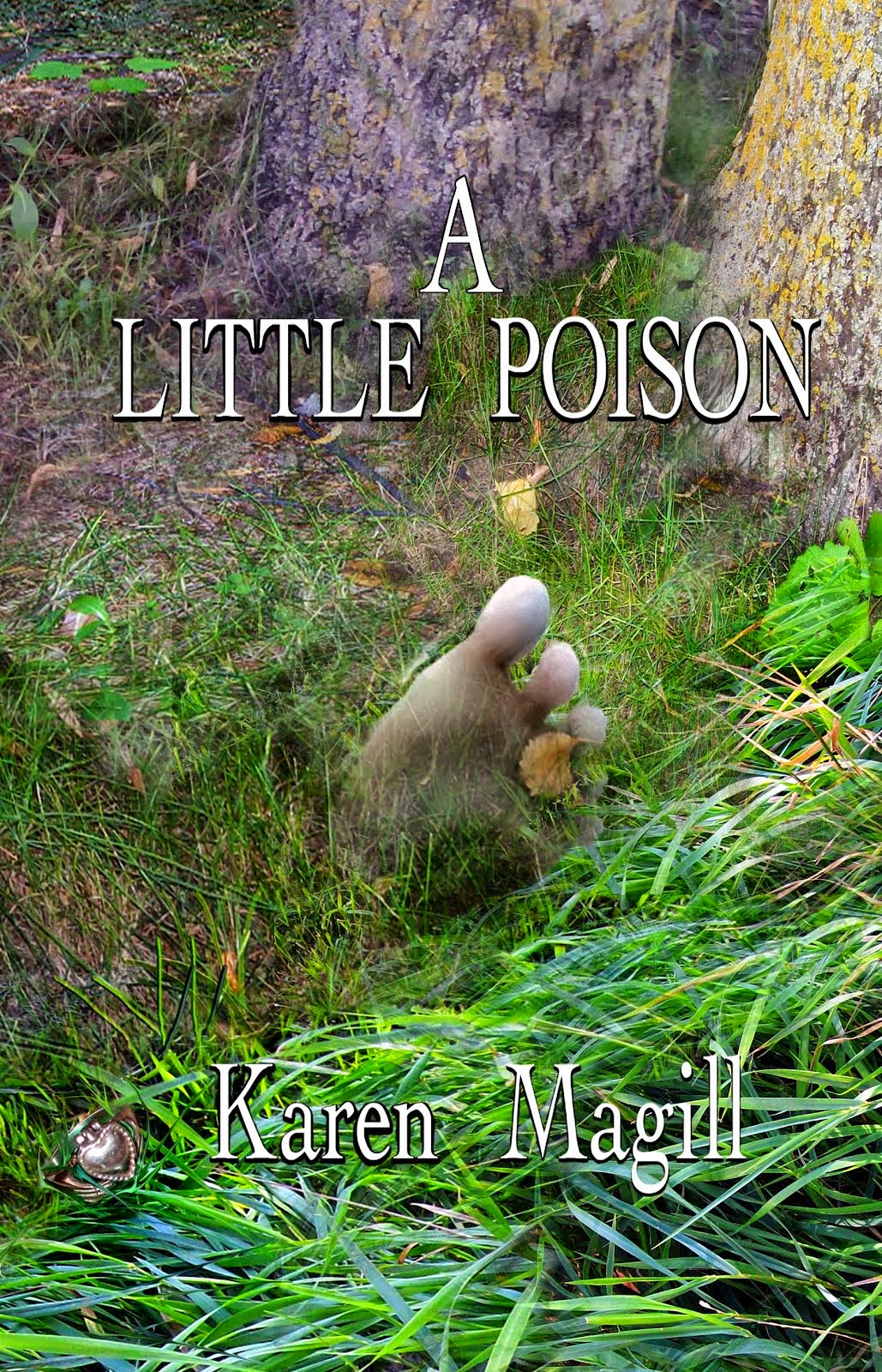 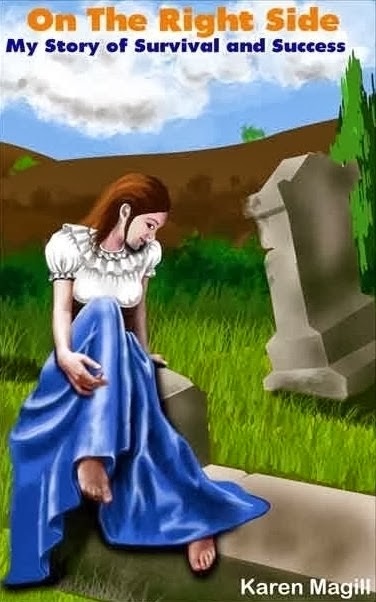 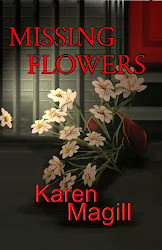 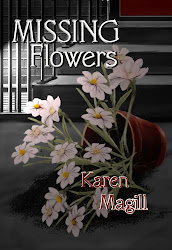 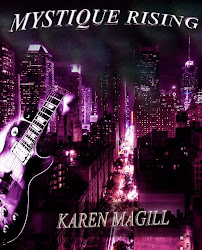 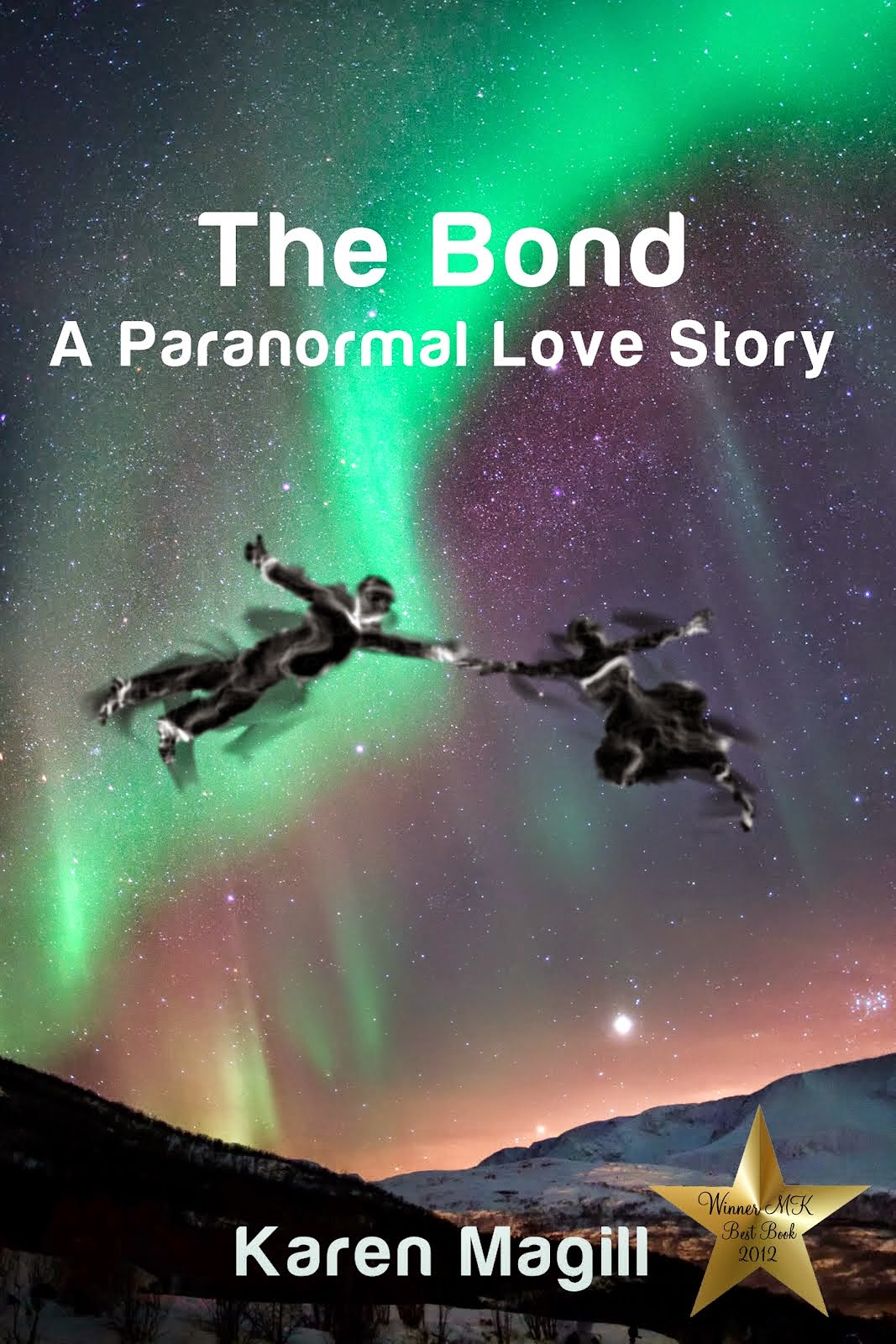 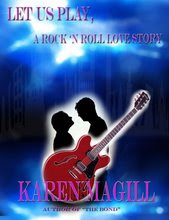